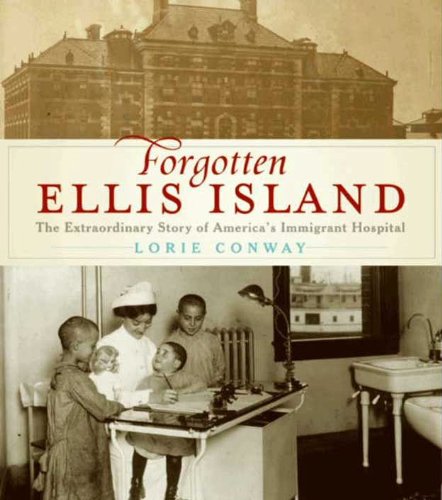 A century ago, in the shadow of the Statue of Liberty, one of the world’s greatest public hospitals was built. Massive and modern, the hospital’s twenty-two state-of-the-art buildings were crammed onto two small islands, man-made from the rock and dirt excavated during the building of the New York subway. As America’s first line of defense against immigrant-borne disease, the hospital was where the germs of the world converged.

The Ellis Island hospital was at once welcoming and foreboding—a fateful crossroad for hundreds of thousands of hopeful immigrants. Those nursed to health were allowed entry to America. Those deemed feeble of body or mind were deported.

Three short decades after it opened, the Ellis Island hospital was all but abandoned. As America after World War I began shutting its border to all but a favored few, the hospital fell into disuse and decay, its medical wards left open only to the salt air of the New York Harbor.

With many never-before-published photographs and compelling, sometimes heartbreaking stories of patients (a few of whom are still alive today) and medical staff, Forgotten Ellis Island is the first book about this extraordinary institution. It is a powerful tribute to the best and worst of America’s dealings with its new citizens-to-be. 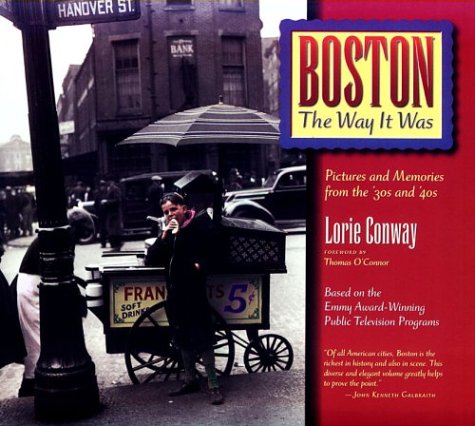 A charming social history of Boston after World War 2, as neighborhoods as well as the skyline were changing. Rich in personal stories and photographs, Boston The Way It Was remembers a special time.

I'm Lorie Conway, a Peabody Award winning, independent filmmaker based in Boston, MA. My passion is producing documentary films and videos about stories that matter.

RT @Gardiner_Bros: The GBs do the BeeGees 🔥 Got our inspiration for this one from the amazing @itsslavik and @_aubreyfisher1 🙌 We had to…
Reply Retweet Favorite

RT @theliamnissan: Mitch McConnell be like "Sorry, but we feel it's much too close to Valentine's Day to allow President Biden to appoint a…
Reply Retweet Favorite